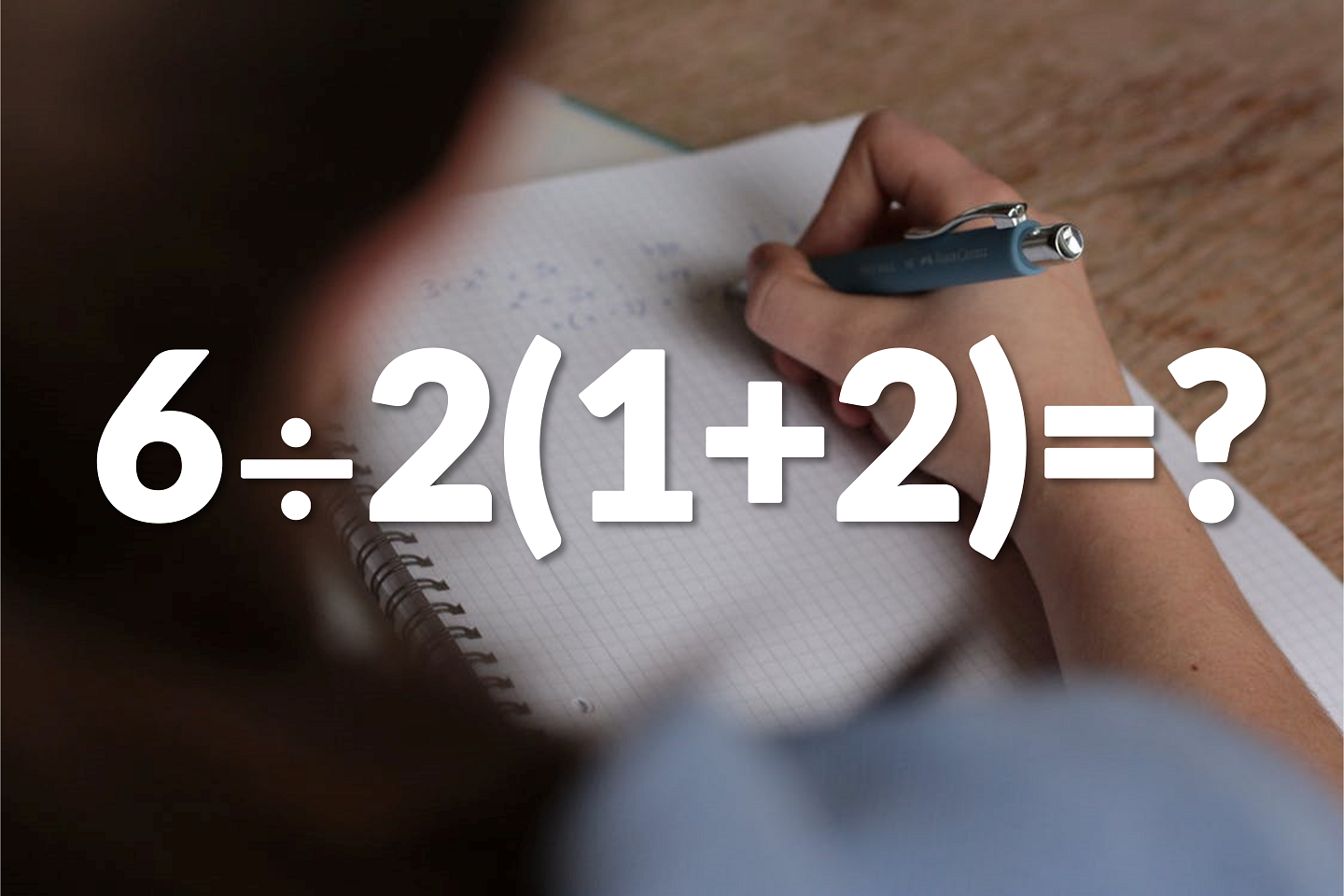 If you've been around social media recently, you've no doubt seen the influx of math questions whose sole purpose is supposedly to test whether people know their order of operations.

Sometimes, it's a simple question of whether people know not to just blindly apply the operations in order from left to right (the results of which are often worrisome).

Sometimes, the spacing is modified to try to trick you into grouping things incorrectly.

But the worst offenders of all are the ones that combine single-line division, either with an obelus (÷) or a slash (/), with implied multiplication, i.e. multiplication without explicitly writing a dot (⋅) or cross (×) symbol.

Most of the time, these pictures are accompanied by a caption such as "99% of People Get This Wrong!" in an attempt to amp up the clickbait factor.  And you know what?  They're right.  But not for the reason you might think.

While the first question isn't too bad, the second and third questions commit a major faux pas in mathematics:  introducing ambiguity.  Even as a math teacher, I had to give the second one a double-take because of the deceptive spacing.  And the ambiguity of the third example is so profound that I'll be dedicating a separate blog post to that problem specifically.

You can cite "order of operations" or "PEMDAS"* all you want - and many people do, with an air of intellectual superiority - but in doing so you're missing the point.  The point of establishing the order of operations is to reduce ambiguity.  And if there's still a possibility of ambiguity after that, well, that's what we have parentheses for!  By deliberately trying to deceive people, those who create and share these images aren't showing how clever they are, since they're actually doing the exact opposite of the thing they're supposedly trying to test people on.

I stress this to my students all the time:  Math isn't about symbols.  It's about ideas.  If the symbols on your page aren't clearly conveying those ideas to the reader, then you need to use better symbols.  (And words don't hurt either.)

So why do 99%** of people get these questions wrong?

Because they bother to answer them at all.

* Please don't cite PEMDAS.  It's a horrible mnemonic, it's not even correct, and it too will be the subject of a future post.